Anniversary rings are not to be confused with bridal or engagement rings, because they are not one and the same. This article should be a reminder of the finer differences that make anniversary rings a genre of its own. Emphasizing more on the differences, the same considerations that go into buying an engagement or wedding rings do not exactly work for buying anniversary rings. So, before you start shopping around, take a gander at these tips and glean some important insights from the points. 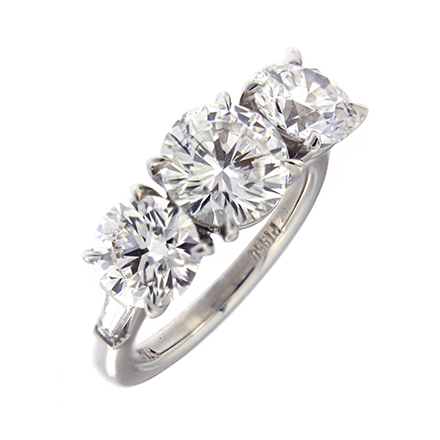 Identify Anniversary Rings
Your first exercise is to identify anniversary rings, and as soon as you can tell an anniversary ring from an engagement ring, you are good to go. This is not to say that there is a set rule that an engagement or wedding ring cannot be gifted on anniversaries, but it behooves a buyer to know and understand the differences for the success of the purchase. The anniversary rings are not as pompous as engagement rings often are, nor as skinny and sleek as wedding bands. They are somewhere in between, poised in between with the right amount of imagination and practicality. They are the kind of balance that befits a ring meant for gifting.

Choose the Ring Keeping a Finger in Mind
Now anniversary rings aren’t always lucky to find a permanent place on the ring finger because this finger is already occupied by engagement rings and wedding rings. Neither do anniversary rings find a permanent place on the hand. If too ornamental, they are only occasional wears. However, there are some anniversary rings that are sized rightly to fit on top of engagement or wedding rings. Should your spouse like to wear it with her wedding rings, then there is that option open with some rings. That’s why it’s important to keep in mind which finger the ring is supposed to go in. It can as well be for any finger on the hand, if not the fourth.

Stones for the Ring
For anniversaries, typically diamonds do. But, if your wedding and engagement rings already have diamonds on them, you might want to try something different for a change. For multi-stone rings, the prospect of colors is promising. Even in solitaires, you can try other precious gems like rubies and emeralds, or opals and aquamarines from the less common genre.