Although the diamonds you see in the stores mostly look alike, they can’t be more different from one another. Ask a gemologist and they will walk you through the many ways in which mineral crystal of the same kind are different from one another. Diamonds are mined all over the world, but are all of them equal? The answer would be a clear, resounding no. Every now and then, the miners come across a stone that surpasses all others in beauty, clarity and other all quality-determining aspects. Today, we will talk about the world’s 5 most precious diamonds. 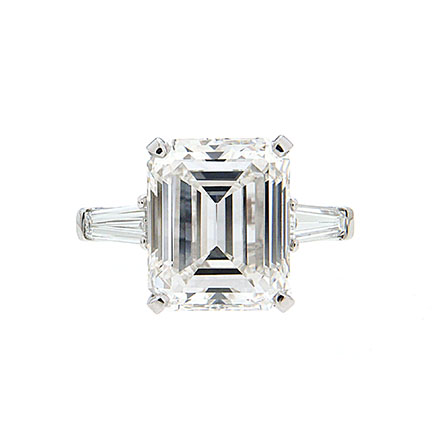 The Koh-I-Noor
The Koh-I-Noor, the most expensive diamond ever is a 105.6 carat sparkling diamond. Mined in the 1300s in India, the history of Koh-I-Noor is steep with legends and myths. Presently a property of the British government, the stone was acquired by its present possessor in 1852, when its acquirer Prince Albert re-cut it to maximize its brilliance, a decision that cost him 81 carats approximately. So the stone that was once 186 carat is now 105.6 carat, but many times more brilliant. As of the value of the stone, it is still unknown.

The Cullinan
Second in the list is the great rock of South African origin. The Cullinan diamond is the largest rough diamond that is ever mined. It weighs a significant 3,106.75 carat. The diamond was mined in South Africa in the year 1905, and was received as a gift by King Edward VII. The stone eventually got cut into 9 different stones that are privately owned by different collectors. The largest chunk that came from the Cullinan diamond was an incredible 530.2 carat, nicknamed Cullinan I. The stone is estimated to be under the mark of $2 billion.

The Hope Diamond
If you know anything about diamonds, then you would know about the infamous Hope diamond. Mined in the 1600 era in India, this one is believed to be worth between $200 and $250 million. The diamond has a loftily mysterious past. It was bought in 1668 by King Louis XIV. It weighs some 45.42 carat and exhibits a dark grayish-blue color. The Hope diamond is named after its last owner upon whose family it wrought immense misfortune, it is said. The stone, currently a property of the Smithsonian Institution has an antique cushion cut.

Other entries on this list are The Pink Star valued at $71.2 million and the Centenary costing a hundred million.